Skip to navigation Skip to content Skip to Footer

Downtown Orlando is the historic core and central business district of Orlando, Florida, United States. It is bordered by Marks Street in the north, Mills Avenue (SR 15) in the east, Orange Blossom Trail (US 441) in the west, and Kaley Avenue in the south. There are several distinct neighborhoods in downtown; “North Quarter” to the north, “Lake Eola Heights Historic District” just north of Lake Eola, “South Eola” contains Lake Eola Park and continues to the east and south of Lake Eola, “Thornton Park” in the east, “Parramore” in the west, “Lake Cherokee Historic District” to the south, and the “Central Business District” (or the “Financial District”) between Colonial Drive and Lake Lucerne in the center. for more visit. wikipedia.org/wiki/Downtown_Orlando

The City of Orlando is nicknamed “the City Beautiful”, and its symbol is the Linton E. Allen Memorial Fountain, commonly referred to as simply the “Lake Eola fountain” at Lake Eola Park. The Orlando International Airport (MCO) is the 13th-busiest airport in the United States and the 29th-busiest in the world.

Orlando is one of the most-visited cities in the world primarily driven by tourism, major events, and convention traffic; in 2018, the city drew more than 75 million visitors. The two largest and most internationally renowned tourist attractions in the Orlando area are the Walt Disney World Resort, opened by the Walt Disney Company in 1971, and located about 21 miles (34 km) southwest of downtown Orlando in Bay Lake; and the Universal Orlando Resort opened in 1990 as a major expansion of Universal Studios Florida. With the exception of Walt Disney World, most major attractions are located along International Drive, with one of these attractions being the Wheel at ICON Park Orlando. The city is also one of the busiest American cities for conferences and conventions; the Orange County Convention Center is the second-largest convention facility in the United States. for more visit. wikipedia.org/wiki/Orlando,_Florida 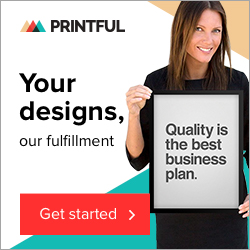